Appimages Desktop Integration and how to achieve it

Despite of the freedesktop.org efforts to standardize how applications should be integrated into a GNU/Linux desktop environment (DE no on) we can appreciate that in the end they do as they please. Take by example issue #653, and there are many other cases.
Also different DE then to have a different workflow on how applications are fetched, or how to notify updates to the user or how to perform security checks on the fresh downloaded binaries.

Therefore I would like to purpose tow things:
1rs - AppimageKit (libappimage) should only be responsible of providing the means to access the required information about appimages to integrate them into the different desktop environments.

2nd - Desktop integration of appimages should be implemented in a desktop specific way, preferably by the DE development team.

This will allow us to have a better (or perfect) desktop integration and for the AppImageKit development team to focus on making Appimage better (instead of guessing why a icons are not shown in a given DE by example).

As I mentioned in thread right bellow this one, I could probably help with integration for GTK-based DEs. I have proof-of-concept code that can display small UI, mount and run appimage without making it executable and, hopefully, sandboxed in some very paranoid manner.

But I’m not too optimistic about getting stuff like that to desktop environments. I’d guess at least Ubuntu and Gnome are going to prefer their own solutions.

It seems interesting, could you show a sample? only for curiosity…

I’ve uploaded code here and there are images in this post.

Most of UI does nothing thought, only name, description, icon and “Launch” button works.

Would you want to see this integrated into the optional appimaged daemon?

Sounds good if that’s what you’d prefer, but I imagined it more like alternative approach without need for daemon running in background.

Here is my desktop integration utils. Those were made for nomad desktop. 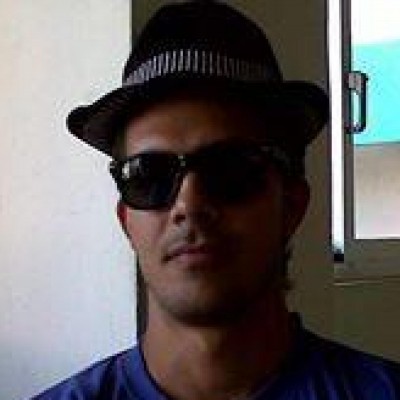 
As you will see it is build using qt which is the technology we prefer and find more suitable.
It provides not only a first run assistant but also a replacement (a simple one) for appimaged. Reason, we only want to monitor home/applications and /opt because that’s workflow we think best for our users as distro makers (nxos.org).

As we, other distro or desktop makers can have other ideas about this, so there should be the option.
About integrating these things in appimaged. Well as user and developer of it you can do what you like,

But I’ll recommend that you (and I) guys focus on improving libappimage and the whole appimage environment.
Think on improving appimage hub.
Creating a signature verification mecanism.
Sandboxing.
Just for mentioning some points that I consider important and are somehow desktop agnostic.
And left the integration issue to the desktop maintainers and of course help them every time they require it.

As you will see it is build using qt which is the technology we prefer and find more suitable.
It provides not only a first run assistant but also a replacement (a simple one) for appimaged.

OK, will this replacement appimaged? Will be better?
Appimaged has some problems to recognize icons from some appimages. This replacement can recognize the icons and place them in the app menu? or that is work from the desktop developers? Because if that is the case, I think the desktop developers not will fix that soon( a long, long, long time).
I really like appimage, and i like the installation script. Appimaged is better, yes, but i have found some problems with several appimages

It’s not supposed to be better, it’s just another approach of how appimages are handle in the system. Appimaged is (from my point of view, maybe probono can clarify it) mean to make totally unattended the integration of applications into the desktop environment (think menus, mime-types and so on).

About the error, if your refer to the one that makes newly downloaded appimage icons not shown in the system menu.
We are currently finding workarounds but the definitive solution I think that is on their hands.

We are currently finding workarounds but the definitive solution I think that is on their hands.

OK, but there is some iniciative to call them to provide that information ?